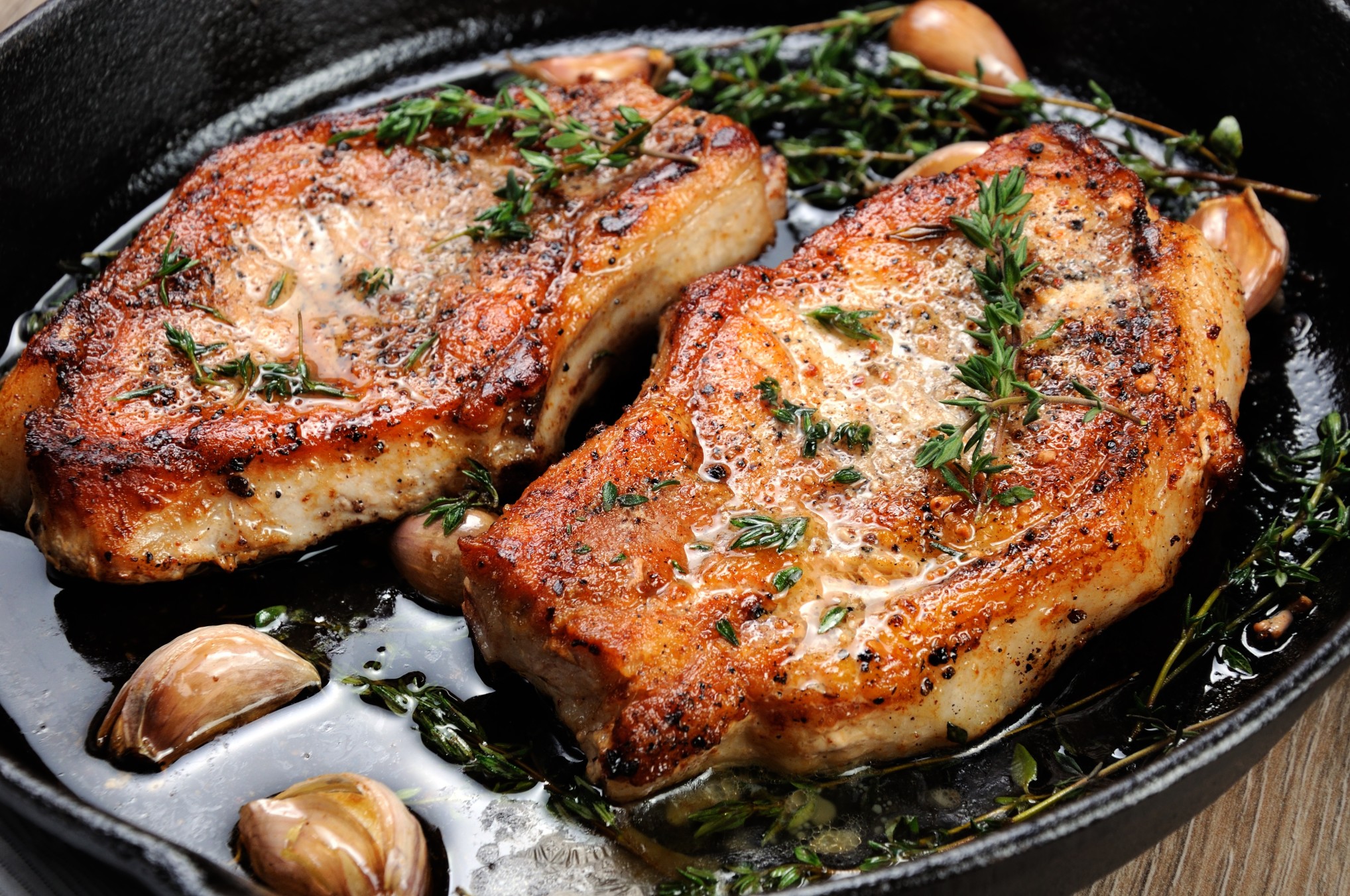 There is more than one way to skin a cat; and if we want to keep things a little less gross and a lot more appetizing, there are a bunch of ways to cook a tantalizingly tasty pork chop as well…

You can always pick up some yummy pork chops at Perrine’s Produce, add some barbeque sauce and just grill them up for a mouthwatering meal.

You can also create the Italian breaded oven baked variety, which are very different, but can be just as luscious. For these pork chops, first dip them in a wash of beaten eggs and milk. When you’ve got them covered, coat them in a mixture of breadcrumbs, fresh parmesan cheese and fresh chopped parsley (which as you probably know you can get at any convenient Perrine’s Produce location). Then, lightly brown some fresh garlic (also a staple at Perrine’s Produce) in a pan with olive oil. Give them about five minutes on each side to seal in their porky goodness in your garlic oil; and then toss them in a preheated 325 degree oven for 25 minutes. Mmmmm!

My personal favorite way to cook a pork chop is remarkably simple. Douse it with a little Nature’s Seasoning and soy sauce. Place a pat of butter in the pan and cook it on pretty intense heat to sear in all the flavor until your pork chop is golden brown, juicy and delicious. Then serve it with rice and some veggies (which – yet again – can always be found at Perrine’s Produce). I’m thinking a sliced pepper, onion, carrot, broccoli and pea pod sauté.

So now that you’re ready to whip up some wicked pork chops, chop chop! Let’s get to it. I even made up a jazzy jingle for motivation…Pork, pork; put it on your fork! Ok, maybe not so jazzy.

Our Ormond Beach Location Has Everything You Need

Discover a Variety of Cheeses at Perrine’s Deli